The HR Empire
Sign In / Register
Subscribe
Home News When It Comes to Global Brand Identity, the Fim World Supercross Championship Has Unveiled a New Logo 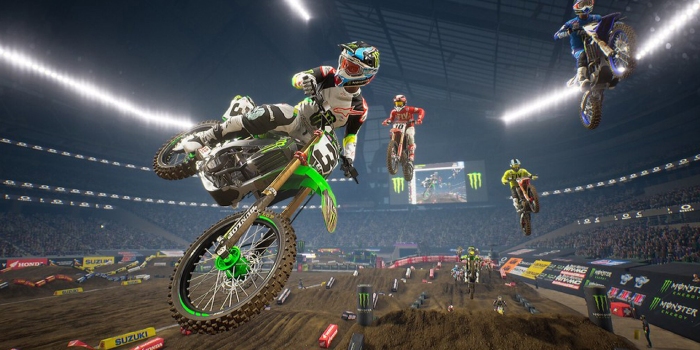 SX Global, the Australian sports and entertainment company spearheading the FIM World Supercross (WSX) Championship, today unveiled a new logo and branding elements that will visually characterize supercross’ global Championship in the minds of fans for years to come.

The design direction was spearheaded by Cochrane Entertainment’s Director Thea Jeanes-Cochrane, on behalf of SX Global and in partnership with Pangaea Creative, a leading motorsport design agency based in London. The new brand identity is marked by an energetic, bold color palette, highlighted by blazing orange and charcoal grey; with a design aesthetic that reaches back to classic motorsport culture and pulls it forward with a contemporary, modern design sensibility. The dynamic, neoteric design language will serve as the WSX Championship’s definitive visual persona while creating a vivid thread that ties the Championship, and the International Grand Prix rounds together with a wide range of marketing and promotional touch points with consumers.

The WSX logo and brand elements are grounded in the geometry of supercross, featuring a visual system of shapes and angles that call upon the most recognized features and elements of supercross tracks.  Sharp angles and flowing curves carry through the visual outlines of whoops, rhythm sections, doubles, triples, and hairpin turns, all tied together to create a simple, yet powerful and authentic visual identity.

The creation of the new WSX logo and brand identity is the latest in a series of ongoing development efforts that will continue to elevate and solidify the FIM World Supercross Championship. The Championship will feature a highly exclusive structure, with an unparalleled level of financial support for teams, including seed funding for every team awarded a license, appearance fees at every round, and logistics and freight support. WSX will feature the richest championship prize purses in the sport’s history, with a total of USD$250,000 up for grabs at each round.