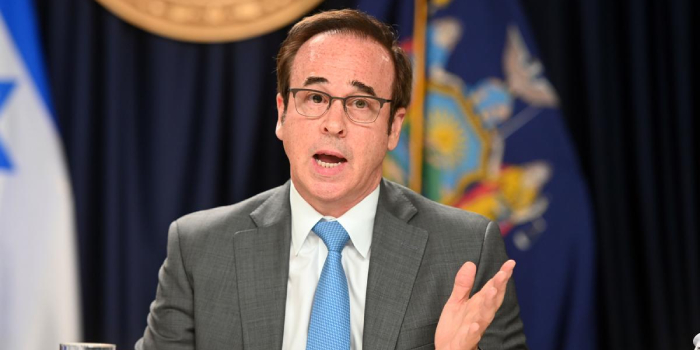 U.S. News & World Report, the global authority in rankings and consumer advice, today announced that Eric Gertler will assume the role of chief executive officer of the multifaceted digital media company, in addition to his current role as executive chairman. Gertler will spearhead the overall strategy, vision and growth plans for the business and will work closely with Bill Holiber, a 20 plus year veteran of the company, who was named vice chairman. Holiber, who also serves as president of U.S. News, will continue to run the day-to-day operations of the company.

The executive appointments position the media company to take advantage of growth opportunities in its current verticals as well as new verticals being launched, as it continues to invest in quality rankings, independent reporting, data journalism and consumer advice. The USNews.com platform reaches almost 500 million people annually.

“U.S. News is at a very compelling place in its lifecycle as a digital media company and I am thrilled to assume this role and its responsibilities. Consumers trust and rely on U.S. News because of the rigor and integrity with which it is produced. As we continue to build the business to offer even more dynamic content and services to consumers, we will never compromise that,” said U.S. News Executive Chairman and CEO Eric Gertler. “I am fortunate to have had a long history with U.S. News and to work with such dedicated and talented individuals. This is a great opportunity to realize a vision we put in motion many years ago.”

“U.S. News is an exceptional media company and I am excited to take on this new role in the company during this pivotal moment,” said Bill Holiber, vice chairman and president. “Eric and I have a wonderful working relationship over a 30 year period and I am equally exhilarated as we continue to partner on charting the course forward for this dynamic brand, building on the strong foundation we have created.”

Prior to rejoining U.S. News and the private sector in August 2021, Gertler served as acting commissioner/president & CEO-designate of Empire State Development, New York State’s principal economic development agency, from 2019 to 2021. During his tenure, he led the agency’s response to meet the unprecedented economic needs arising from COVID-19, was instrumental in completing critical infrastructure projects including Moynihan Train Hall, attracted companies to and expanded job opportunities in the state, and implemented economic initiatives with long term benefits, particularly for small businesses. From 2013 to 2015, Gertler served New York City as executive vice president of the New York City Economic Development Corporation and managing director of the Center for Economic Transformation.

Gertler also served as the executive chairman of U.S. News from 2015 to 2019 and concurrently as co-chairman and co-publisher of the New York Daily News from 2015 to 2017. Gertler led and completed the sale of the Daily News to the Tribune Company in 2017. In the late 1990s, Gertler also served as president of the three media properties that included U.S. News, Fast Company and The Atlantic, for which he managed day-to-day operations with a focus on expanding the online presence of each of these entities and developing new business lines.

Bill Holiber has had a distinguished career in media for over four decades, managing over 30 publications and launching more than ten new magazines in the media and tech industries. Holiber has served as president and CEO of U.S. News since 2004 and concurrently served as president and CEO of The New York Daily News from 2010 to 2017. Holiber played a critical role in transforming U.S. News from print to an all-digital model, as well as streamlining the company to create the foundation on which it has been able to build its robust digital platform. In 2000, he was appointed publisher of U.S. News.

Holiber previously served in senior executive roles at other media companies including The Atlantic, Applied Graphics Technologies, CurtCo Freedom Group, where he expanded its magazines portfolio through acquisitions and startups, and Cowles Business Media, where he was group publisher and responsible for all revenue for Folio, Catalog Age and Direct Magazine.