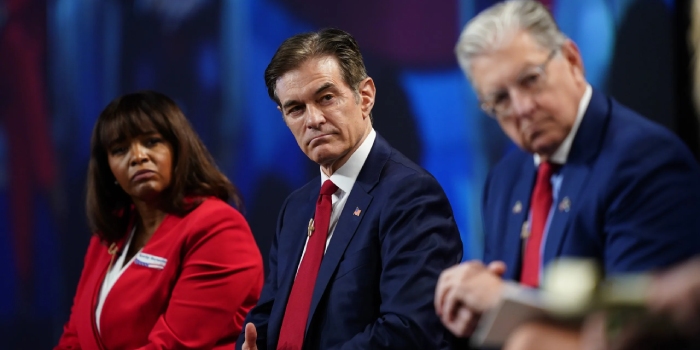 In several key states with competitive races, Nexstar is the only local broadcaster with the scale and resources capable of bringing opposing candidates together for a live broadcast carried in virtually every county to an audience of millions of voters. Many of the Nexstar-hosted debates, including for the U.S. Senate races in Georgia and Pennsylvania and the Governor’s race in Texas, represent the only face-to-face meetings between the candidates ahead of the November elections.

During the 2022 mid-term election season, approximately 88 Nexstar and partner stations in 22 states across the country are bringing exclusive live coverage of these events to tens of millions of viewers via local television broadcast and digital livestream, with additional nationwide coverage of select events on NewsNation, America’s fastest-growing national news and entertainment cable network reaching 70 million television homes. Nexstar is also providing select local media partners, including non-Nexstar owned local radio and TV broadcast stations, access to these events, highlighting the Company’s commitment to public service and to fostering civic engagement among all prospective eligible voters.

Andrew Alford, Nexstar Media Inc. President, Broadcasting stated, “Every day, Nexstar stations help strengthen our communities by providing a trusted platform where people can discuss local issues, learn about their neighbors and gather in times of celebration or in times of difficulty. This mid-term election season, Nexstar is proud to harness the power of our scale and resources to bring more candidate debates and forums to prospective voters across more platforms than ever before. Nexstar stations are hosting nearly 50 candidate debates and forums, allowing voters to hear directly from candidates about their plans to address current local, regional and national issues. As always, our award-winning news anchors and reporters remain committed to serving the interests of voters across the country by delivering exclusive local news content and unbiased political coverage that enables them to make informed decisions on election day.”

To register to vote, to find voter registration deadlines or to check your registration status please visit vote.gov. For more information regarding the upcoming elections, including early voting dates, polling locations and voter identification requirements, please visit www.usa.gov/election-office to search for your state and local election website.