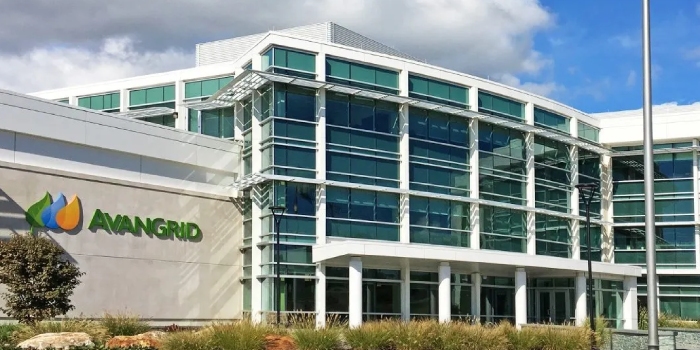 The proposed merger between the Public Service Company of New Mexico and Connecticut-based Avangrid was denied by the state Public Regulation Commission in December, but the appearance of the companies’ logos together in various places has led to confusion – and criticism – among some utility customers.

The commission Tuesday unanimously approved an order compelling PNM and Avangrid, among other respondents, to provide “copies of any and all joint communications, presentations and use of both the Avangrid and PNM logos” in any medium of communications to members of the public or to the utility’s customers.

Such communications might include brochures, print and digital advertisements, plus signs, banners, sponsorships and other activities, according to the commission’s order.

A complaint regarding “co-branding” between the two companies was filed by New Energy Economy on Sept. 16. The nonprofit, which has been against the merger, alleges PNM and Avangrid – as well as Avangrid’s parent company, Iberdrola, and NM Green Holdings Inc. – have engaged in behavior that “violates the letter and spirit” of the December order that rejected the proposed merger.

PNM and Avangrid have appealed the PRC’s decision on their proposed merger to the state Supreme Court.

The complaint presents a flyer for a recent statewide conference on economic development, upon which the companies’ logos are featured as the “presenting sponsor,” among other examples of such materials.

“The reason this is so important is that there is a pattern and practice of failure to abide by law and regulatory authority that’s seen in this case in New Mexico, in other cases and in every state Avangrid is in,” said Mariel Nanasi, executive director of New Energy Economy.

Nanasi said the commission “took the order very seriously,” pointing to the requirement of the companies to identify the sources of funding of joint promotional activities, including whether costs will be recovered from ratepayers.

A PNM spokesman defended the use of the logos on information sent to customers and in event sponsorships.

“PNM teamed up with Avangrid to inform customers how to save money on their electric bills during a time of record sustained summer heat and rising inflation,” spokesman Ray Sandoval wrote in an email. “PNM also partnered with Avangrid to sponsor events and non-profits. We are proud to work with a business such as Avangrid on community activities that benefit New Mexicans and New Mexico.”

Avangrid spokeswoman Joanie Griffin wrote the company denies New Energy Economy’s allegations “as totally baseless and a distraction from what is really important, which is serving New Mexico,” adding Avangrid has been in full compliance with the commission’s orders and requirements.

“Avangrid Renewables has been doing business and supporting local communities throughout New Mexico for more than a decade,” Griffin wrote in an email. “Avangrid is committed to seeing New Mexico succeed. The sponsorships we’ve engaged in with PNM reflect our goal to help businesses, communities, and individuals thrive.”

While discussing the order, some commissioners noted they had heard complaints from their constituents regarding branding from the companies.

“My office has received numerous calls and emails from constituents who are upset because these co-branded materials and advertisements to them indicate that the joint applicants’ merger plans are still going forward,” Commissioner Joseph Maestas said. “They’re wondering if we, at the PRC, are deceiving them in some way.”