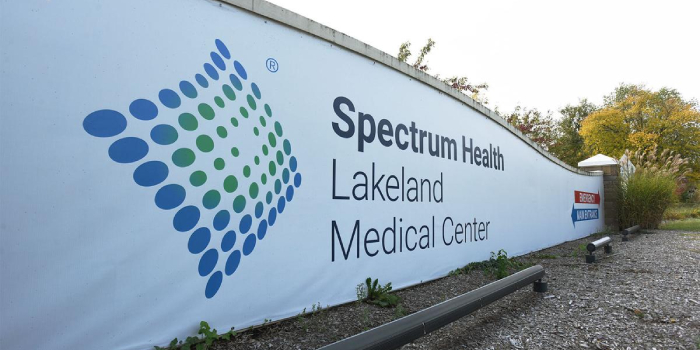 Beaumont Health and Spectrum Health has announced a new name for their merged health care system.

“At our core, we are here to help people be well so they can live their healthiest life possible,” said Tina Freese Decker, president and CEO of Corewell Health, in a prepared statement. “We recognize the amazing outcomes and history from Beaumont Health and Spectrum Health. Now together, known as Corewell Health, we move forward unified, focused on health and wellness for all. The name selection is especially inspiring as it was influenced by thousands of ideas from our team members who put health and wellness at the core of everything we do.”

A news release on the name change said the system hopes to achieve a future where health is simple, affordable, equitable and exceptional.

“The Corewell Health logo reflects the increasingly synergistic relationship between health care and health coverage, and our ongoing commitment to continuously improve the health of the communities we serve,” said Julie Fream, chair of the Corewell Health System Board of Directors, in a prepared statement.

The logo’s colors are a combination of existing colors used by Beaumont Health, Spectrum Health and Priority Health. Priority Health’s name does not change with this announcement. The health care system will begin rolling out the new signage and branding in phases over the next two years, the news release stated.

The combined hospital system operates a total of 22 hospitals, 305 outpatient clinics, employing more than 64,000 people – including over 11,500 physicians and advanced practice providers and more than 15,000 nurses.

More than 400 people in leadership positions were laid off systemwide last month, with roughly two dozen cut at Lakeland.

Lakeland will still operate its own board going forward, a Spectrum spokesperson said.