The HR Empire
Sign In / Register
Subscribe
Home News Republican Leaders, If Left Unfettered by the Liberal Media, Would “Govern Like a One Party State,” A NYMag Writer Warns 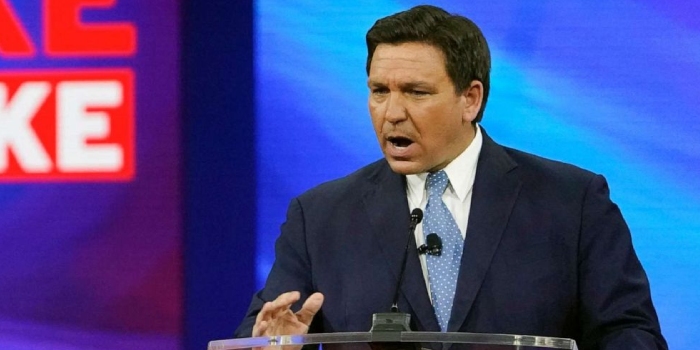 In his piece titled, “Without Media Accountability, Republicans Will Govern Like a One-Party State,” Chait complained how Republicans are refusing to answer or sit-down with reporters because they believe the reporters to be biased.

“Last week, the Florida Republican Party held its annual Sunshine Summit, which was marked by a new policy: The mainstream media was not permitted to cover the event. Instead, the only ‘news’ would be transmitted through conservative-approved sources,” he wrote.

Chait suggested that Republicans have set up an “incentive structure” to “escape any accountability whatsoever.”

“The only ‘journalists’ they deem legitimate are ones who are functionally working for them. They communicate to their base through a news echo chamber that grants them almost unlimited right to violate ethics, norms, or their own promises,” Chait warned. “The elimination of any standards – except, of course, loyalty to conservative ideology — has an inevitable effect on the quality of their governance.”

However, Chait admitted that the news media has shifted somewhat leftward in recent years, but claimed this shift has not applied so much to political journalism.

“It’s difficult to analyze this subject without forming a view on the underlying question of the media’s bias, and there are few questions more subject to bias than the subject of media bias itself. My view is that the mainstream media does have an overall liberal lean, and that it has grown over time, as legacy media brands have hired staff from newer online organs that have no tradition of objectivity,” he wrote. “But those changes have made their strongest mark in the coverage of culture and lifestyle, while political news has mostly retained its traditional character.”

Chait continued his focus on Florida when he highlighted a quote from Republican Governor Ron DeSantis in which he declared the state of Florida wasn’t going “to allow legacy media outlets to be involved in our primaries” or allow a “bunch of left-wing media people asking our candidates gotcha questions.”

He bemoaned how DeSantis is treating reporters as left-wing activists.

“DeSantis has thrilled conservatives by broadcasting his belief that mainstream news reporters are left-wing activists whom he treats as the enemy,” he wrote.

This is not the first time Chait has condemned the Republican Party or DeSantis as budding authoritarians. Chait kicked over a beehive on Twitter after he claimed, “DeSantis is a deeply authoritarian figure who is consolidating the fringe right-wing groups Trump brought into the party.”

DeSantis press secretary Christina Pushaw released a response to reporters complaining about being barred from the Sunshine Summit.

“It has come to my attention that some liberal media activists are mad because they aren’t allowed into #SunshineSummit this weekend. My message to them is to try crying about it. Then go to kickboxing and have a margarita. And write the same hit piece you were gonna write anyway,” she tweeted.