The HR Empire
Sign In / Register
Subscribe
Home News Orlando Lake Courtyard by Marriott Amy Leach, Director of Sales, Is Commended by Buena Vista at Vista Centre for Her Performance 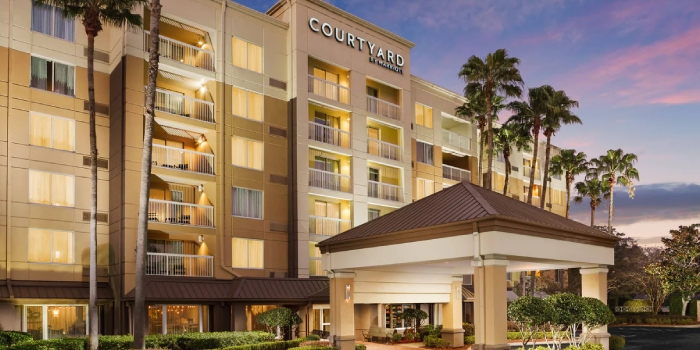 Courtyard by Marriott Orlando Lake Buena Vista at Vista Centre celebrates the successes brought by Director of Sales Amy Leach. Her plethora of experience has aided in her achieving significant accomplishments in four short months.

Born and raised in the Northwest Suburbs of Chicago, Amy fell in love with hospitality while working at Santa’s Village Azoosment Park, where she spent six years moving up through various roles. She then attended the University of Memphis in Memphis, Tennessee, where she earned her bachelor’s degree in Hospitality Management from the Kemmons Wilson School of Hospitality and Resort Management. During her time at the University of Memphis, Amy got to experience hands-on learning at the local Holiday Inn and Suites. She also had the opportunity to spend time at Hilton Corporate, where she learned from various executives. While in school, Amy advanced her career by working as a Dual Property Intern for Chartwell Hospitality. After graduating from college in 2019, Amy continued to climb the Operations and Sales ladder and relocated to Orlando after being offered a promotion in March 2020. There, she spent a year and a half as a Director of Sales in the Universal Orlando market. Here, she spent time building relationships with a various tour and travel agents before moving to Courtyard by Marriott Orlando Lake Buena Vista at Vista Centre in August 2021 to serve as Sales Manager. After witnessing Amy’s spectacular performance and skillset, the Courtyard by Marriott Orlando Lake Buena Vista at Vista Centre was thrilled to promote her to her current role of Director of Sales.

Amy enjoys being with her two dogs in her spare time, especially taking them to the beach. She and her husband also enjoy soaking up the Florida sun while playing a round of golf. When not out on the course, they like to travel to different parts of the country, always visiting their family in Memphis and Chicago when they can.