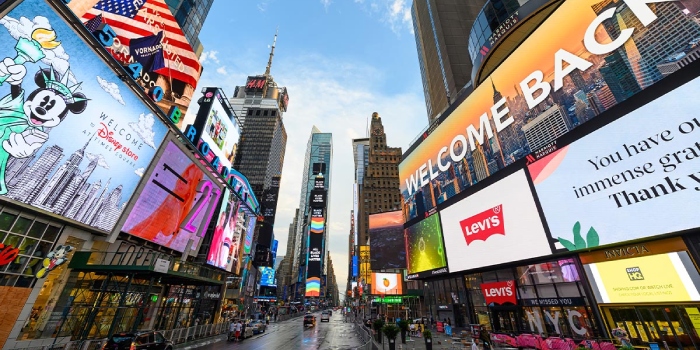 Ad-Lib.io, a Smartly.io company, and a leading next-generation Creative Management Platform announced today the publication of a new survey, conducted by WBR Insights, entitled “Releasing the Power of Digital Creative.” The survey explores the sentiments of major US advertisers regarding the opportunities they see to boost ROAS via investment in creative capabilities as well as the roadblocks that are currently standing in the way of creative effectiveness. To gather these insights, WBR conducted a survey of 100 major U.S. brands and multi-brand retailers with advertising budgets greater than $50 million. While 89% of the respondents felt that creative scale, creative team acumen and creative-driven ad addressability were leading priorities for improved ad performance, only 10% felt that their creative and media teams were aligned to make this happen.

The survey further revealed that a majority of respondents struggle with aspects of agility during campaign execution. As one example, over three-quarters of the respondents felt that they have to build creative assets from scratch when personalizing campaigns to different audiences or regions. Also significantly, for 64% of respondents, data and creative intelligence were perceived as an important future lever in campaign effectiveness. While the majority of survey respondents already use some form of technology platform to address creative management challenges, 97% of those who do not are actively looking for a technology solution that supports cross-team alignment, campaign automation, and creative intelligence that will help them capitalize on the creative opportunity.

“A greater focus on digital creative has the power to transform digital advertising, but as the industry moves away from reliance on cookies and other third-party data, marketers will need to find new ways to connect their big ideas with data-driven campaigns,” said Oli Marlow Thomas, Ad-Lib.io Founder. “This survey helps to identify the obstacles that major advertisers encounter as they scale their campaigns and identifies a role for automation and intelligence to overcome them.”