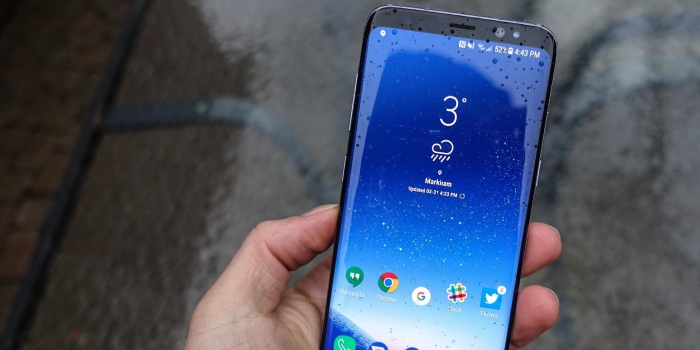 Samsung is in trouble for its deceptive advertising campaign; which claims that the products can work on seas and swimming pools. A small number of consumers have taken these advertisements seriously and submerged their gadgets in water.

From March 2016 to October 2018, Samsung Australia ran a series of nine commercials; on its various social media channels.
The Galaxy S7, S7 Edge, A5, A7, S8, S8 Plus, and Note 8 are shown; in adverts demonstrating; their suitability for use in swimming pools and the ocean.

The phrase “IPX rating” refers to a device’s resistance to dust, water, and scratches.
The Samsung smartphones, according to the marketing; have an IP68 classification.
A gadget with an IP68 rating is waterproof up to a maximum depth of 1.5 meters; for up to 30 minutes in “freshwater.
” Seawater and swimming pools both include salts and compounds; that have been dissolved, while freshwater does not.

Samsung now acknowledges the various effects of freshwater, saltwater, and swimming pools. Samsung has not previously described these effects clearly.

The Galaxy S7, S7 Edge, A5 (2017), A7 (2017), S8, S8 Plus, and Note 8; are for sale in Australia; in excess of 3.1 million times.
The hundreds of complaints and reports regarding problems with these devices when they drop in water; have been noted by the Australian Competition & Consumer Commission (ACCC).
In certain instances, the device is in harm by water; to the point where it is no longer functional at all. The ACCC has fined Australia $14 million for false advertising; as a result of all of these complaints. Samsung is fortunate that it avoided paying the full fine; because the new regulations are stricter and carry heavier penalties.