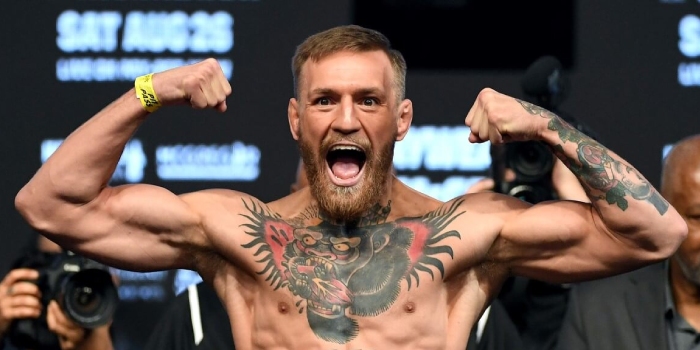 XTB, a global fintech offering one of the most popular investing platforms, has just announced the launch of their cooperation with famous mixed martial artist – Conor McGregor. He will be the global XTB brand ambassador for the upcoming two years.

“It is with great pleasure that I announce our partnership with Conor McGregor. We wanted our new brand ambassador to be a global icon. Conor is one of the most successful athletes in the history of mixed martial arts who, thanks to his immense work ethic and continuous improvement, was able to be the first UFC champion in two weight categories. His story resonates well with our brand and strategy. At XTB we work hard to be able to offer our clients with top-notch technology and an innovative investing platform to help them achieve their investment goals. Determination, persistence in pursuing goals, the willingness to constantly develop and achieve the best results – these are also the features of a good investor. Conor as an athlete – and also a businessman – has the mindset of a winner. That’s why we decided to invite him to become the ambassador of the XTB brand”, says Omar Arnaout, CEO of XTB.

Conor McGregor is a multi-weight UFC champion, entrepreneur, restaurateur, and global business and athletic icon. Hailing from Crumlin, Dublin, McGregor was a plumber’s apprentice and amateur fighter before bursting onto the UFC scene in 2013. He quickly rose up the ranks, winning the UFC Featherweight Championship in 2015. McGregor then made history by becoming the first fighter in UFC history to be champion in two weight divisions simultaneously, winning the UFC Lightweight Championship in 2016. McGregor is the largest draw in UFC history, headlining the top six most-bought pay-per-view events for the company. He is the most-followed UFC fighter on social media with more than 70 million followers across all platforms and has set the record for the most career earnings by a UFC athlete.

Outside the Octagon, McGregor has found similar success. He founded Proper No. Twelve Irish Whiskey in 2018, which has become the fastest-growing whiskey brand on the market. In addition to Proper No. Twelve, McGregor has invested in a stable of business ventures including: TIDL Recovery Spray, McGregorFast fitness experience, the Black Forge Inn in Dublin, the Dystopia: Contest of Heroes video game series, and Forged Irish Stout, among others. This diversified portfolio helped place McGregor at number 1 on the 2021 Forbes “Highest-Paid Athletes” list.

“I am delighted to have become the official ambassador of one of the world’s leading investment companies for the coming years. I believe sport and investing require the same features: commitment, mental tenacity and the ability to set personal goals. That’s why I was happy to start a partnership with XTB – a recognized global investment company that supports its clients to facilitate their investment objectives”, said Conor McGregor.

The announcement of the cooperation between Conor McGregor and XTB marks the start of the broker’s new global branding campaign in which XTB promotes a wide range of investment solutions it offers. In advertising videos with the new brand ambassador, the company explains that thanks to the easy access to XTB’s digital platform, numerous investing solutions are today available for everyone who is ready to start his investment journey.

With Connor McGregor as a brand ambassador XTB plans to continue its development. The number of the investing company’s clients worldwide has crossed the threshold of half a million. Thanks to the active global development and the systematically growing number of clients, the company strengthens its position on the investment market – XTB ranks among top five global brokers in terms of the number of active clients.