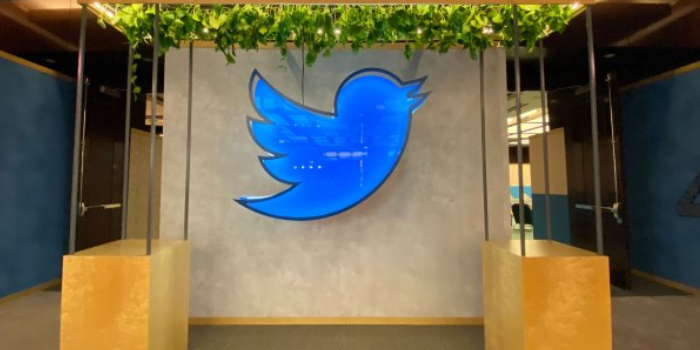 It’s been the most highly requested Twitter feature upgrade for years, and now, it looks close to becoming a reality, with initial testing of Twitter’s coming edit function set to be made available to Twitter Blue subscribers in the app.

As you can see in this introductory screen, shared by app researcher Alessandro Paluzzi, the new edit option, which Twitter has been working on for several months, now looks set to be launched as part of Twitter Blue, along with the other add-on tools that you can access for $2.99 per month.

At least, for now. Twitter also recently announced that the cost of Twitter Blue is rising from $2.99 to $4.99, which, at the time, seemed odd, given that Twitter’s jacking up the price by 67% with zero feature upgrades.

But maybe this was in anticipation of tweet editing becoming available, and the likely boost in interest that Twitter Blue will see as a result.

As noted, an edit button has long been the most requested Twitter addition, with people pressuring former CEO Jack Dorsey for years to add the option in order to improve the service.

Back in 2020, Dorsey killed off virtually any hopes of an edit option ever making it to the live environment, by explaining that:

“A lot people want it because they want to fix a quick spelling error or a broken link or whatnot, and that’s great, we’ve considered a one-minute window or a 30-second window to correct something, but that also means that we have to delay sending that tweet out, because once it’s out, people see it. So, these are all the considerations, it’s just work. But we’ll probably never do it.”

That 30-second window eventually became the ‘Undo Tweet’ option that’s currently part of Twitter Blue, which is kind of like an edit option. But also, not really. Not at all.

Then, in April this year, hopes of an edit button were reignited, when likely new Twitter owner Elon Musk tweeted out this poll.

Having, at that stage, just become the company’s biggest shareholder, it seemed that Musk would look to use his new sway to make it happen, and shortly after, Twitter did confirm that it had begun work on and edit option.

Though it says that Musk had nothing to do with it, and that it had been working on the option for some time.

Since then, we’ve seen various updates leaked by reverse engineers and app researchers, including details on how exactly Twitter will display tweet editing history, how it will deal with embedded tweets and retweets of potentially edited content, and how it will highlight when a tweet has been edited.

These were all considered to be definitive restrictions for the option in the past, with Twitter noting that the brief nature of tweets left them particularly susceptible to significant shifts in meaning via even the smallest of edits. Which is why Twitter has resisted adding the feature – but now, we’re seeing that all of these concerns and issues are manageable.

Now it’s just a question of whether tweet editing will end up delivering all that users expect. Which, realistically, it probably won’t.

That’s not to say that it won’t be a handy addition, but as with most Twitter changes, these types of things tend to get blown massively out of proportion, via hype and immediate response, only for interest to die down within a few weeks, as per the great Twitter Circle of Life.

For example, longer tweets was considered a disaster, till a week later when it wasn’t. Audio tweets had celebrities sharing like mad – for about two days in total. Changing stars to hearts was considered the death knell for the app, while Fleets was an annoyance for, maybe, a matter of hours?

As with every Twitter trend, it’s the biggest, most important, most critical thing in the world at that time, on which everyone feels like they have to share a unique take (note: generally not unique). And then it isn’t. Just like that.

I suspect that tweet editing will follow the same arc, and we’ll see a sudden spike in the Google Trends chart for mentions of ‘edit button’, recorded for all posterity in the internet’s perfect memory. Then nobody will care anymore.

But that still might be enough for Twitter to juice its numbers for Twitter Blue, and at $4.99 per month, that could see a big spike in revenue intake, for at least some period of time, in order for users to gain access to the option.

In which case, it could be a stroke of genius for Twitter to up the price to capitalize on this – and worth noting, even if only 1% of Twitter’s users sign up for Blue as a result, that would bring in an extra $11.9 million in monthly revenue for the company.

UPDATE: Twitter has confirmed that tweet editing will be a Twitter Blue exclusive feature to begin with, while also noting that it announced this back in April, when it first confirmed that it was working on an edit button.