The HR Empire
Sign In / Register
Subscribe
Home News According to Recent Studies Conducted by Effectv, Political Ads Perform Better When They Are Optimized for Both On-demand and Live Viewing 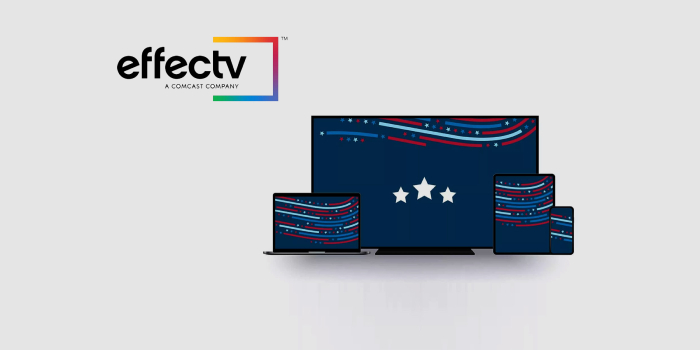 Today, Effectv released a new research study highlighting the importance of streaming advertising for political advertisers as a complement to traditional TV. The research reveals data insights collected from nearly 20 million impressions and iterates that political advertisers who are still relying solely on TV – or, in particular, only news – are likely to be missing out on reaching voters. Advertisers will see the most success, according to the research, by optimizing their media plans across both TV and streaming to achieve the greatest reach.

These insights, spanning over 200 political advertising campaigns in the first half of 2022 during the primaries, uncover a formula that strikes a balance between TV and streaming advertising for maximized reach: Effectv recommends that political advertisers in particular allocate around 10-20% of their TV investment to ad-supported streaming with the remaining investment to traditional TV. While Effectv suggests that general advertisers attribute 20-30% of their total video investment to streaming, the recommendation is slightly lower when reaching likely voters, who, according to Comcast’s aggregated viewership data, are likely to spend more time with traditional TV.

“With midterms around the corner, advertisers need to pinpoint where they can optimize their budgets – across all mediums – and divide funding accordingly,” said Dan Sinagoga, Head of Political Sales at Effectv. “Balance is needed now more than ever, with political advertising spend set to hit a record of $9 billion this season, so it’s critical that advertisers plan and optimize campaigns holistically across all screens to reach audiences regardless of how they are consuming TV content.”

According to the study, in the 2022 primaries, 9% of frequent voters were reached through streaming only, 10% through TV and streaming combined, and 81% through TV only – illustrating traditional TV continues to be the foundation for political advertisers to reach voters. The research showed that by leaning into linear TV, advertisers can capture much of their desired audiences – but infusing streaming into a TV-centric media plan can exponentially extend reach: revealing that 51% of frequent voter households reached by streaming were incremental to traditional TV and would not have been reached by TV alone.

“TV viewership is changing before our eyes, and political advertisers need to adjust to that new reality,” added Sinagoga. “Relying on ‘old standbys’ like local news is not enough anymore. Streaming is a critical component to political advertising, and we’re seeing greater success among advertisers who take a multiscreen approach, using streaming as a strong complement to linear TV.”

The research concludes that traditional TV and streaming work better together to deliver audiences. Although TV continues to be foundational to media plans, streaming is becoming an increasingly critical element in political advertising, providing valuable incremental audiences and extending reach to households of likely voters.